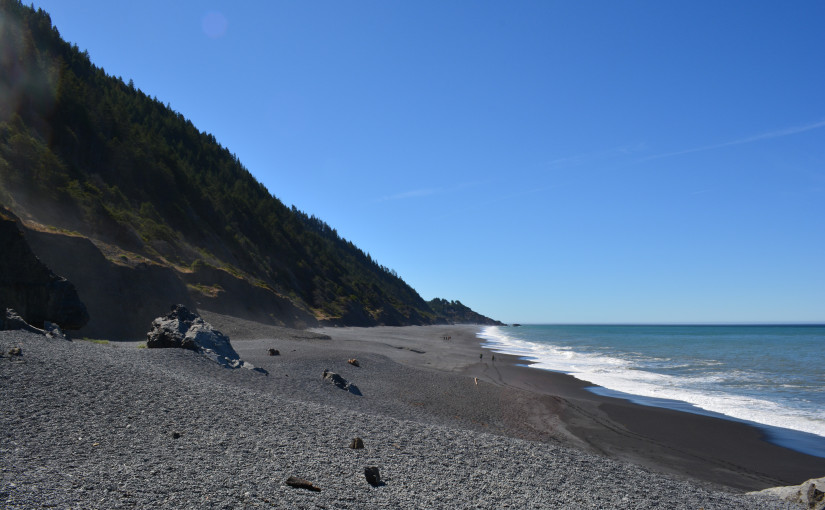 In celebration of our one year anniversary we took an adventure into the desolate northern Californian coast. We were not disappointed!

After attending a fun wedding continued north further up the 101 than we remember ever being, into the land of meth heads, marijuana, bad food, and natural beauty. The people and culture were quite weird but the coast was amazing.

We adventured for three days and two nights from Shelter Cove up to The Big Flat along the lost coast and then back. There was lots of wildlife including seals, tons of deer, water snakes, a rattle snake, numerous blue belly lizards, whales (alive and dead), seagulls, crows (that stole some of our trail mix), squirrels, and cute dogs wearing shoes.

The entire hike was along the beach which was covered in jet black sand and rocks. Along most of the journey the beach was sandwiched between waves and a cliff with lots of trees over head. There were sections that required timing the tides or else they became impassable.

One of our favorite parts were the creeks that jetted out into the beach about every mile. They made for a great source of fresh water, nature, and entertainment. Rock hopping up the creeks quickly led to rain forest like gulleys. Buck Creek was the perfect place for us to wait out high tide by ourselves with a hammock by the creek.

One thing that really stood out is how unpopulated the trail was. We regularly wouldn’t see anyone for 5 or so hours in the middle of the day.

This was the perfect way to celebrate our first year of marriage! Just the two of us in the middle of nowhere for a few days with freeze dried food and a water pump. 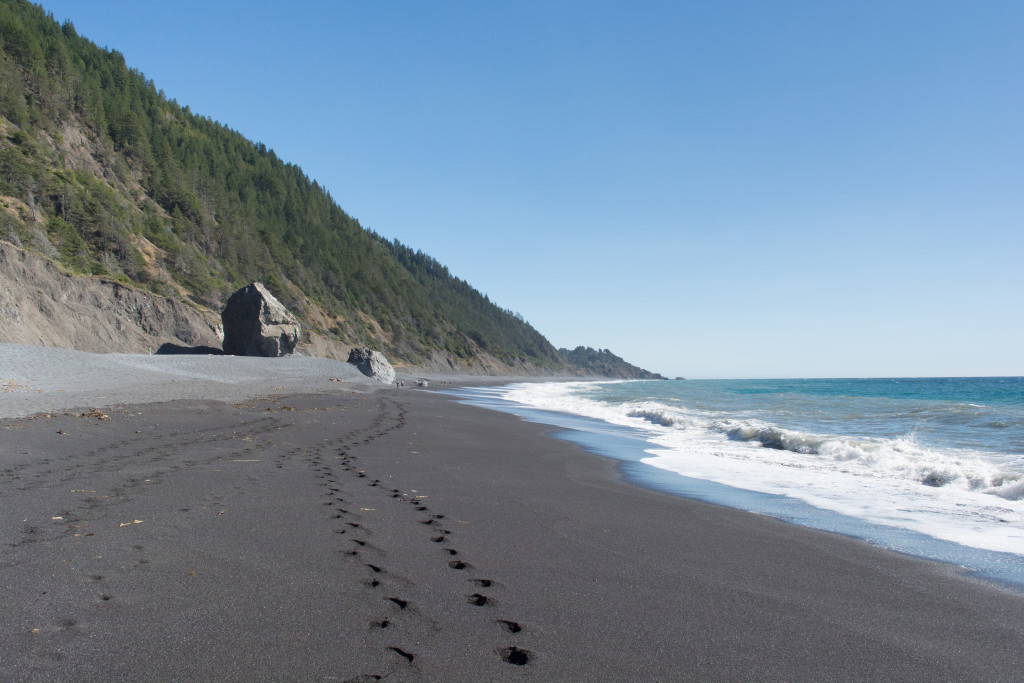 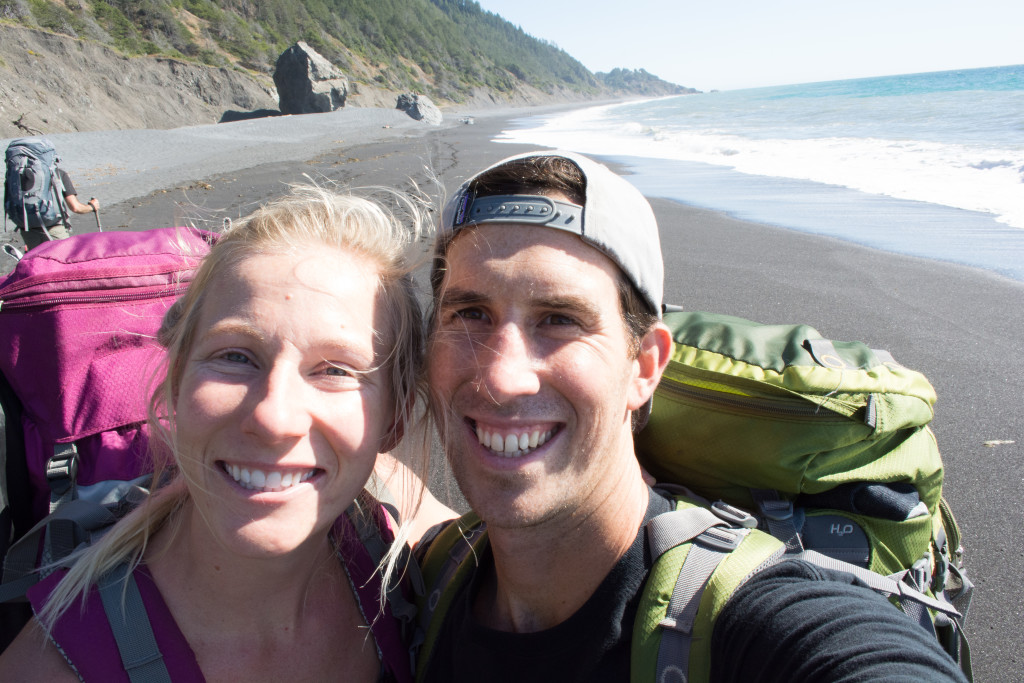 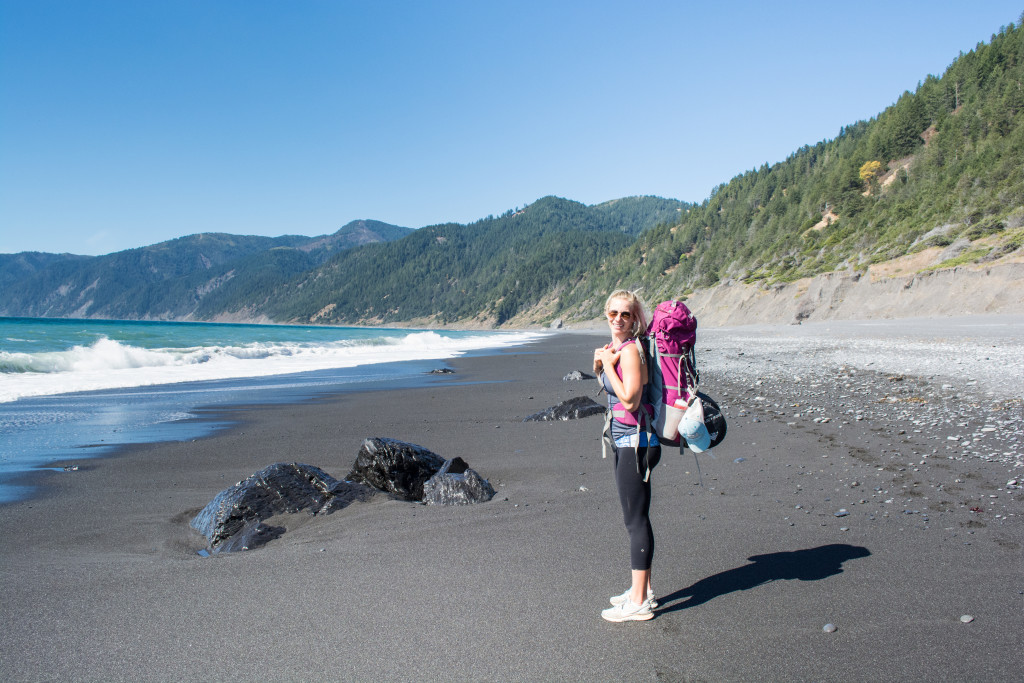 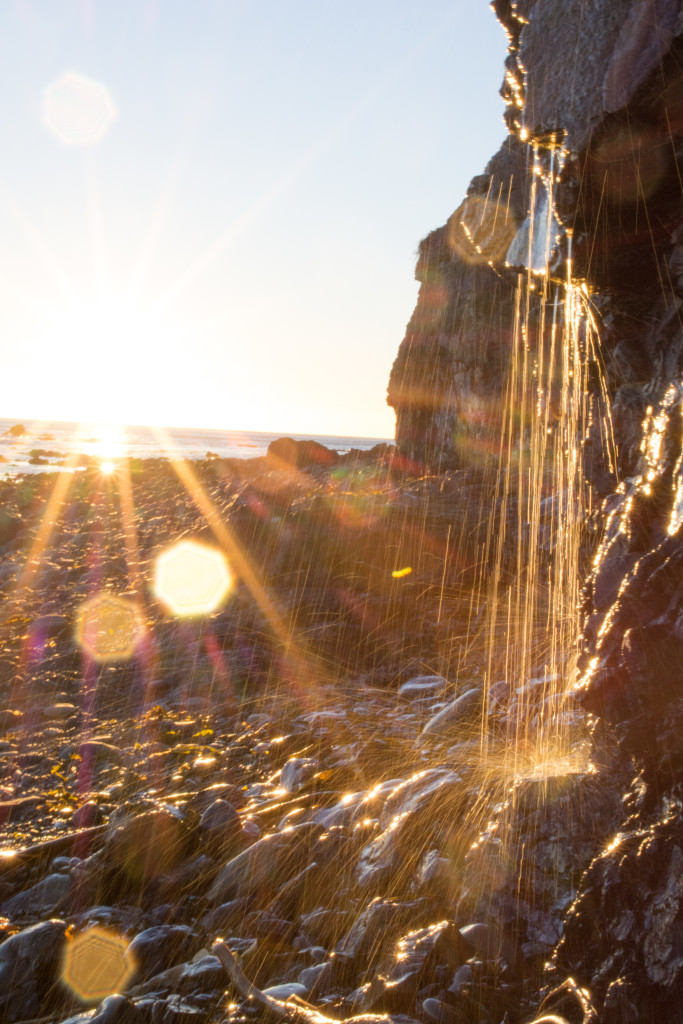 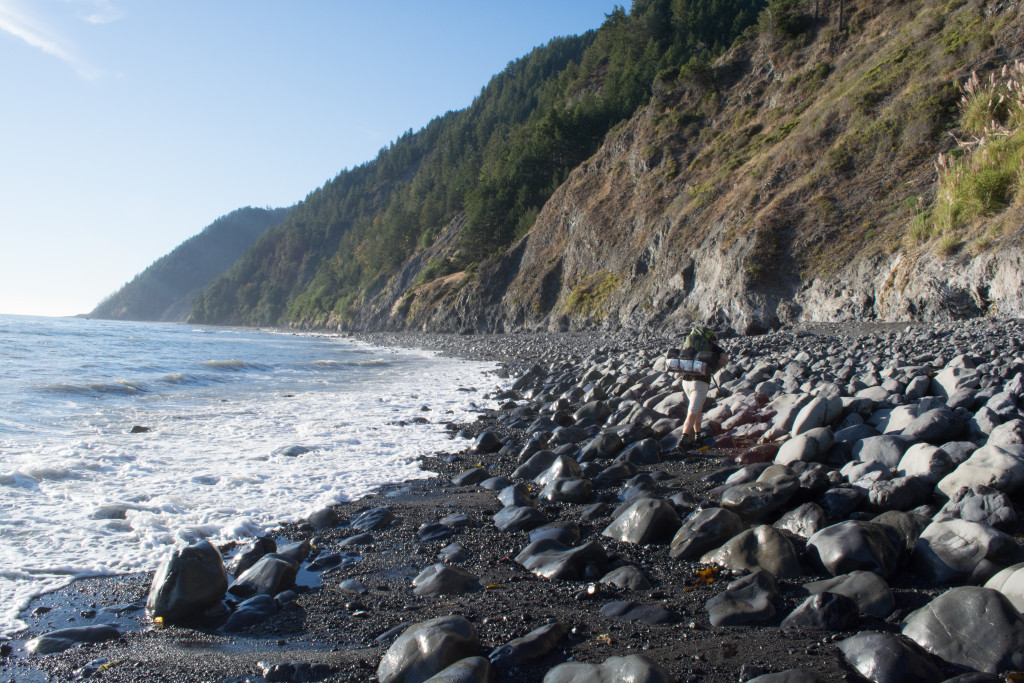 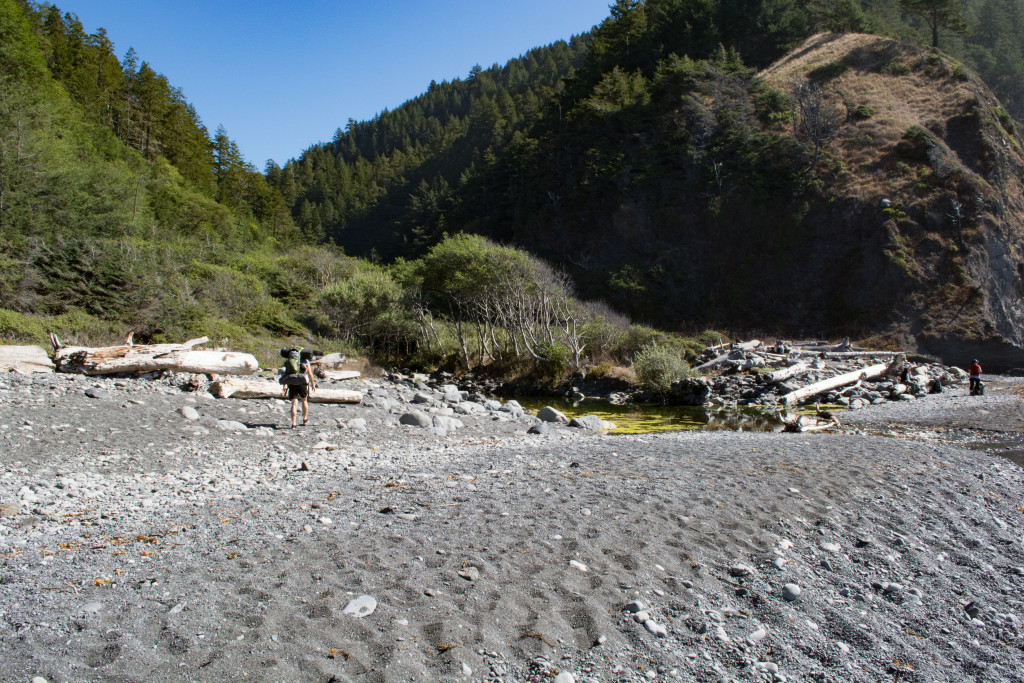 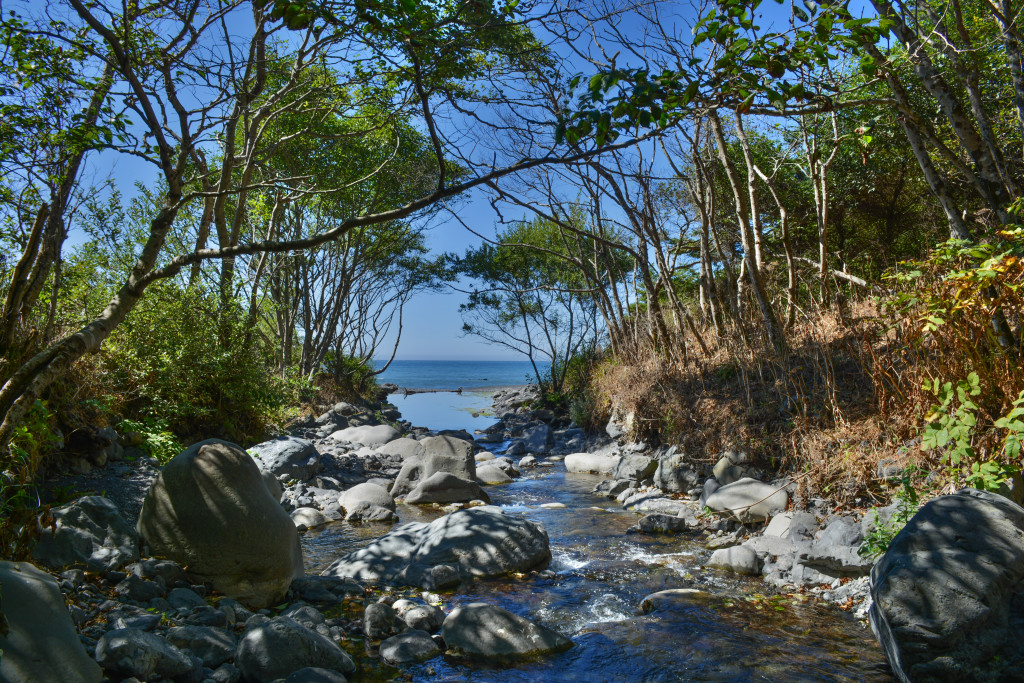 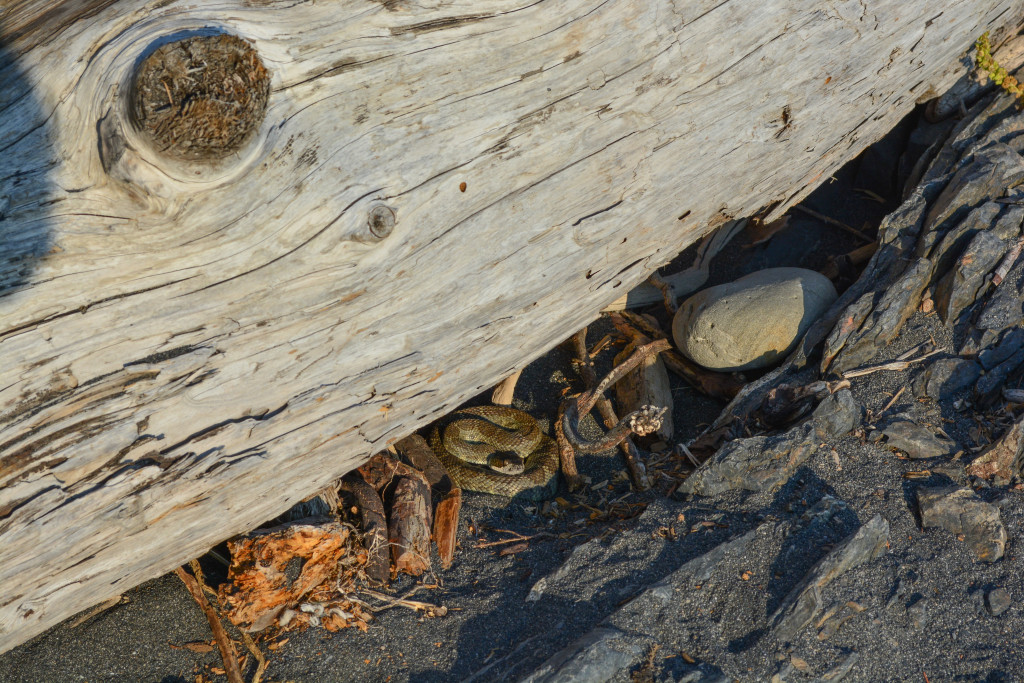 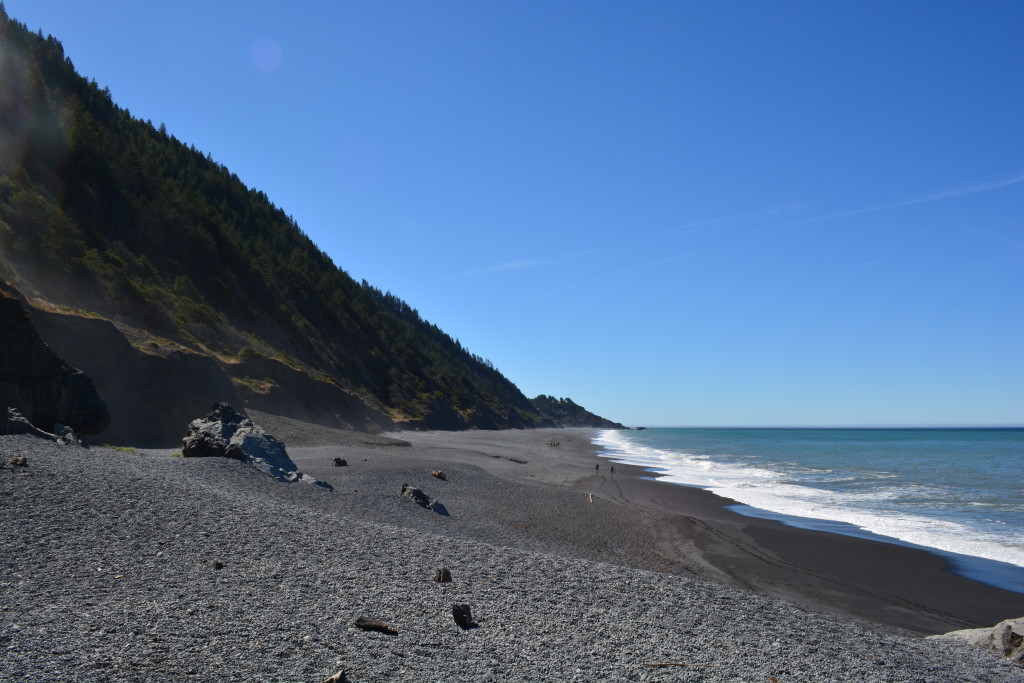 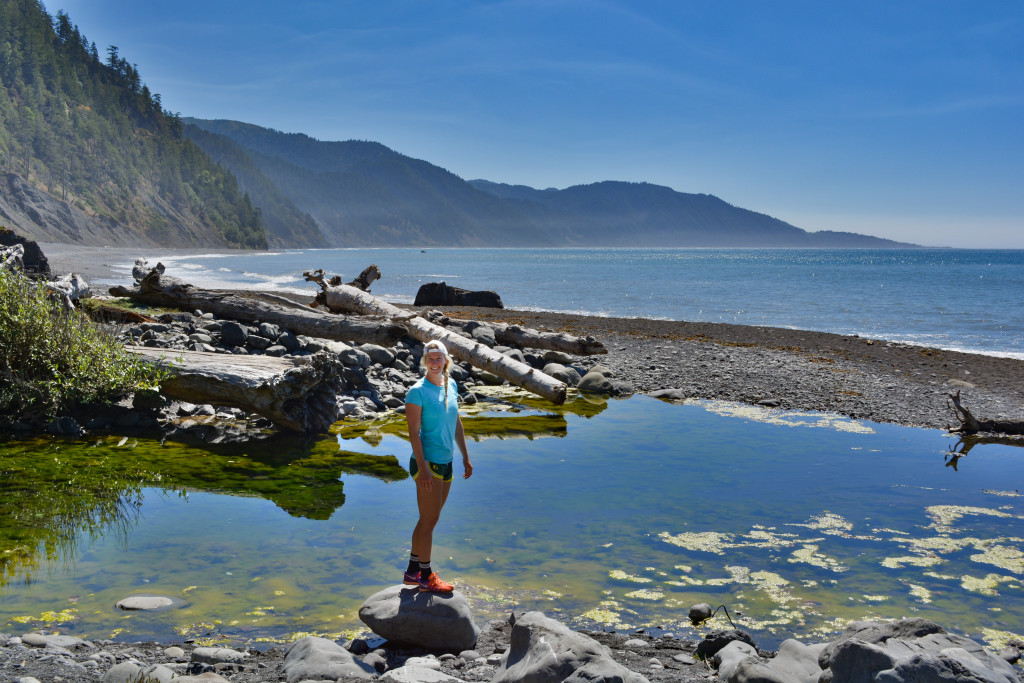 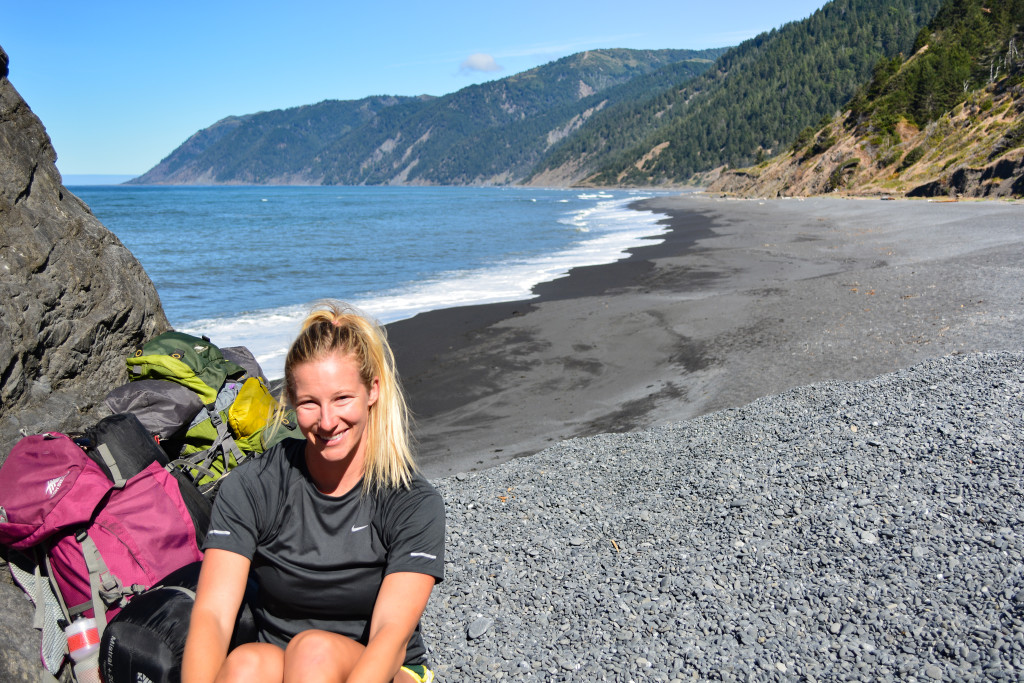 One thought on “We Found the Lost Coast!”