We spent a week in Laos and it was quite the experience. It’s definitely like stepping back in time compared to Thailand, which is a fairly developed country. I just looked it up out of curiosity and Laos’ GDP is $12B where Thailand’s GDP is $370B.

We traveled via local bus to the Thailand/Laos border which was awesome! A slow, open air red bus with way too many people and luggage than space. The Thai people are quick to slide over on their 2 person bench seats to make room for a new passenger and Amanda and I both were the third person on our two person bench seats with Thai ladies :)

Then, we crossed the border, spent one night and jumped on a packed slow boat down the Mekong river heading south away from nearby China and toward Luang Prabang. The two day slow boat ride was both Amanda and my favorite part of our Laos adventure. It was extremely pretty and peaceful. You turn a corner and there will be a handful of naked local boys playing on the beach. They get SO excited to see the boat and go crazy waving and jumping around. Very interesting glimpse into the rural life of an extremely undeveloped country. Check out the pictures of the boat ride: 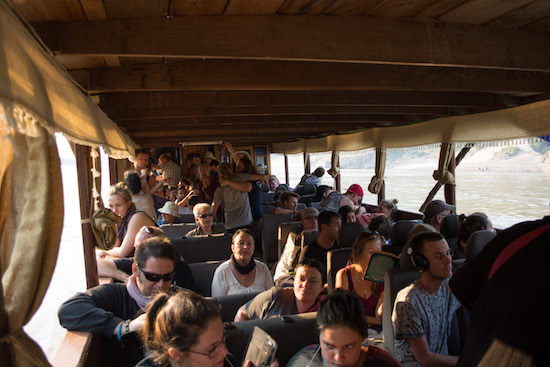 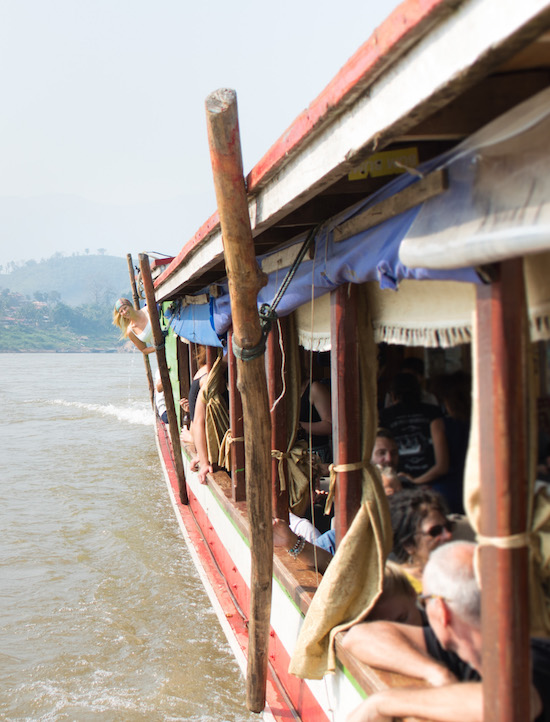 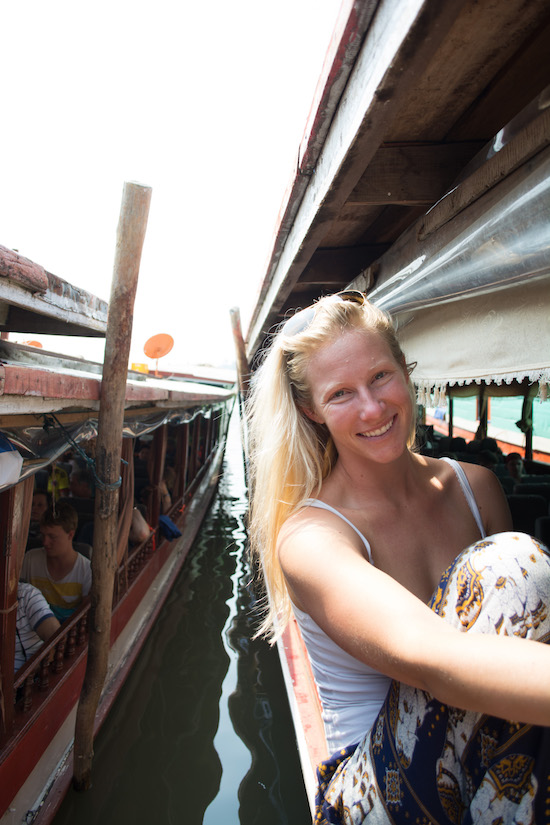 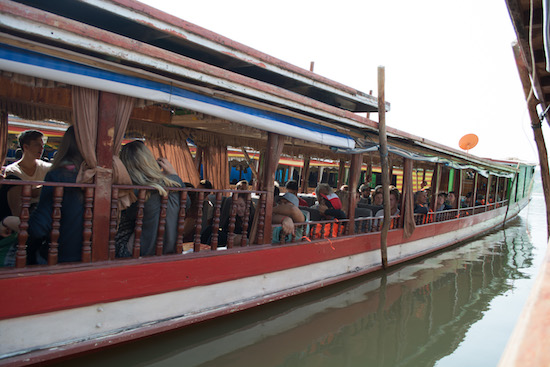 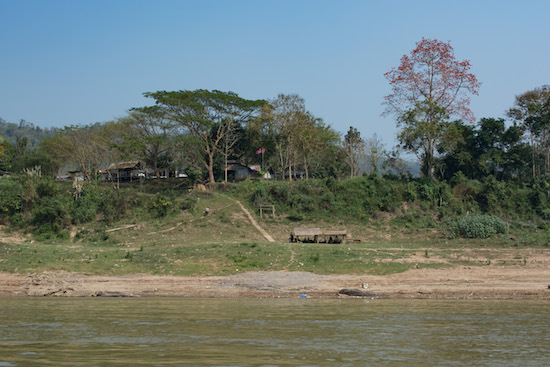 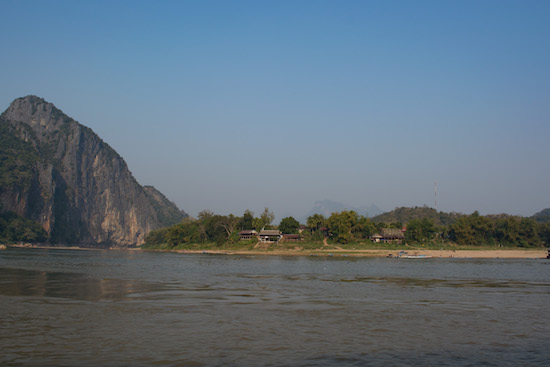 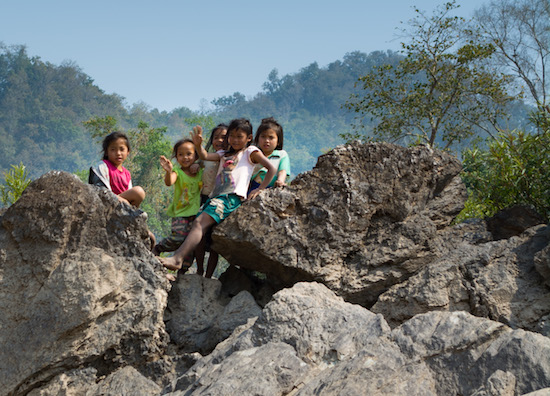 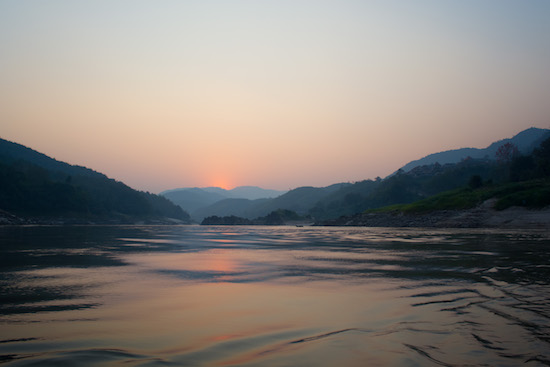 Then we arrived in Luang Prabang which is the old capital of Laos but is still only a 30,000 person city. It sits between the Mekong and another smaller river and is a very pretty town with steep hills around as well. It was fairly touristy and expensive with a big French influence (Laos used to be a French colony). Also, there were Chinese people EVERYWHERE as it’s Chinese new year and they get two months off work and school. Many of them bus into Laos sort of like we go into Mexico it seems.

This waterfall a 45 minute motorbike ride out of Luang Prabang was our favorite thing we did there. It is breathtaking and is fantastic for swimming in the blue waters of the pools! 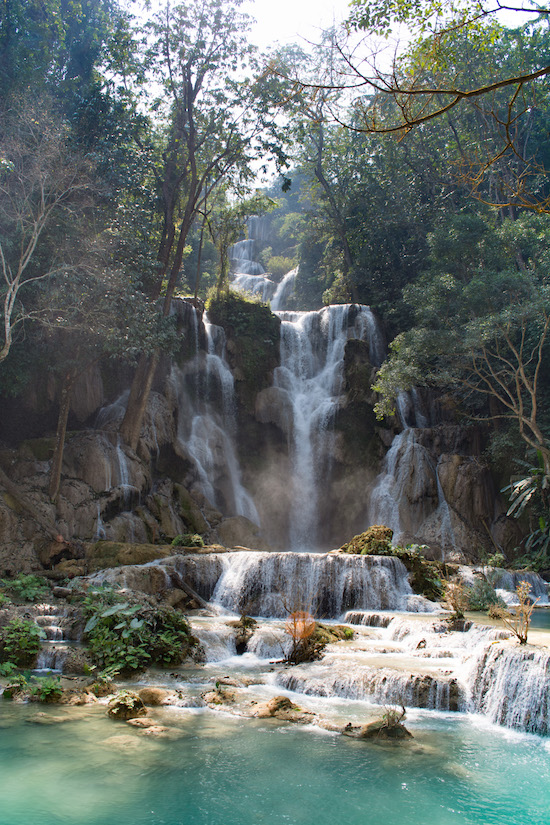 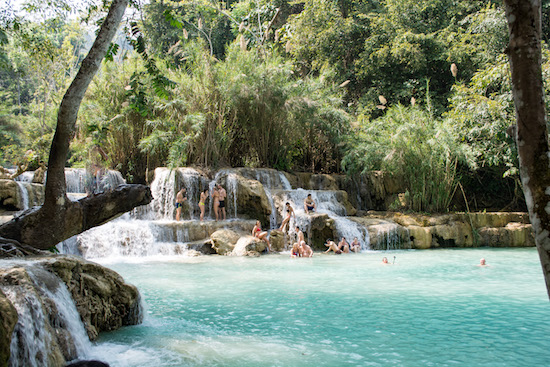 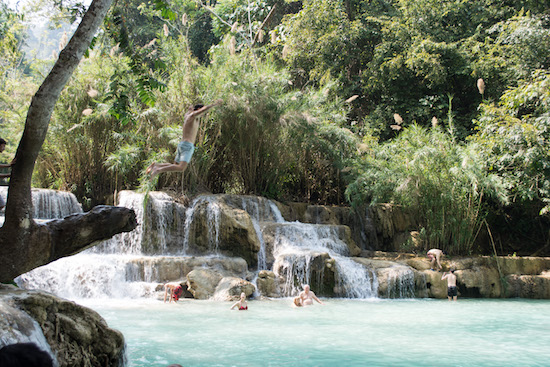 Buddhist places of offering like this are all over the place in Thailand and Laos – even more than the number of Wats (Buddhist temples). I thought this one was awesome because of all the weird offerings people gave. Who knew Buddha likes fruit jello so much?! 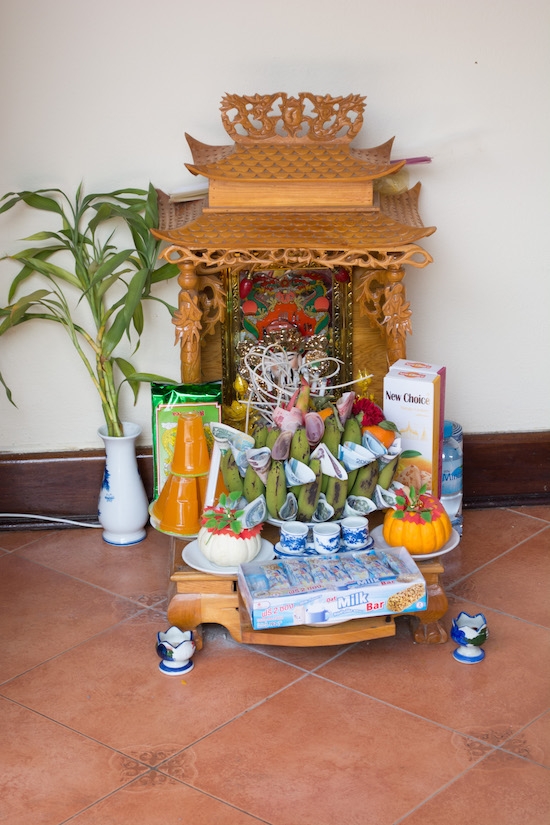 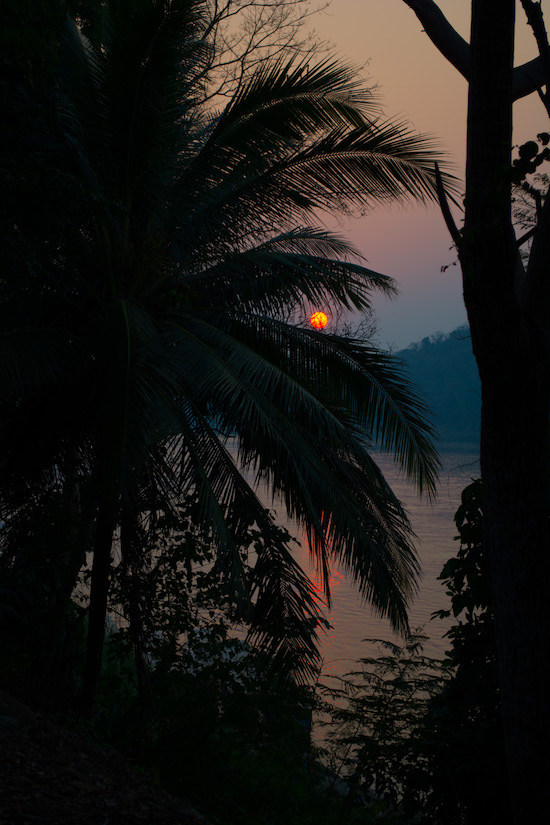